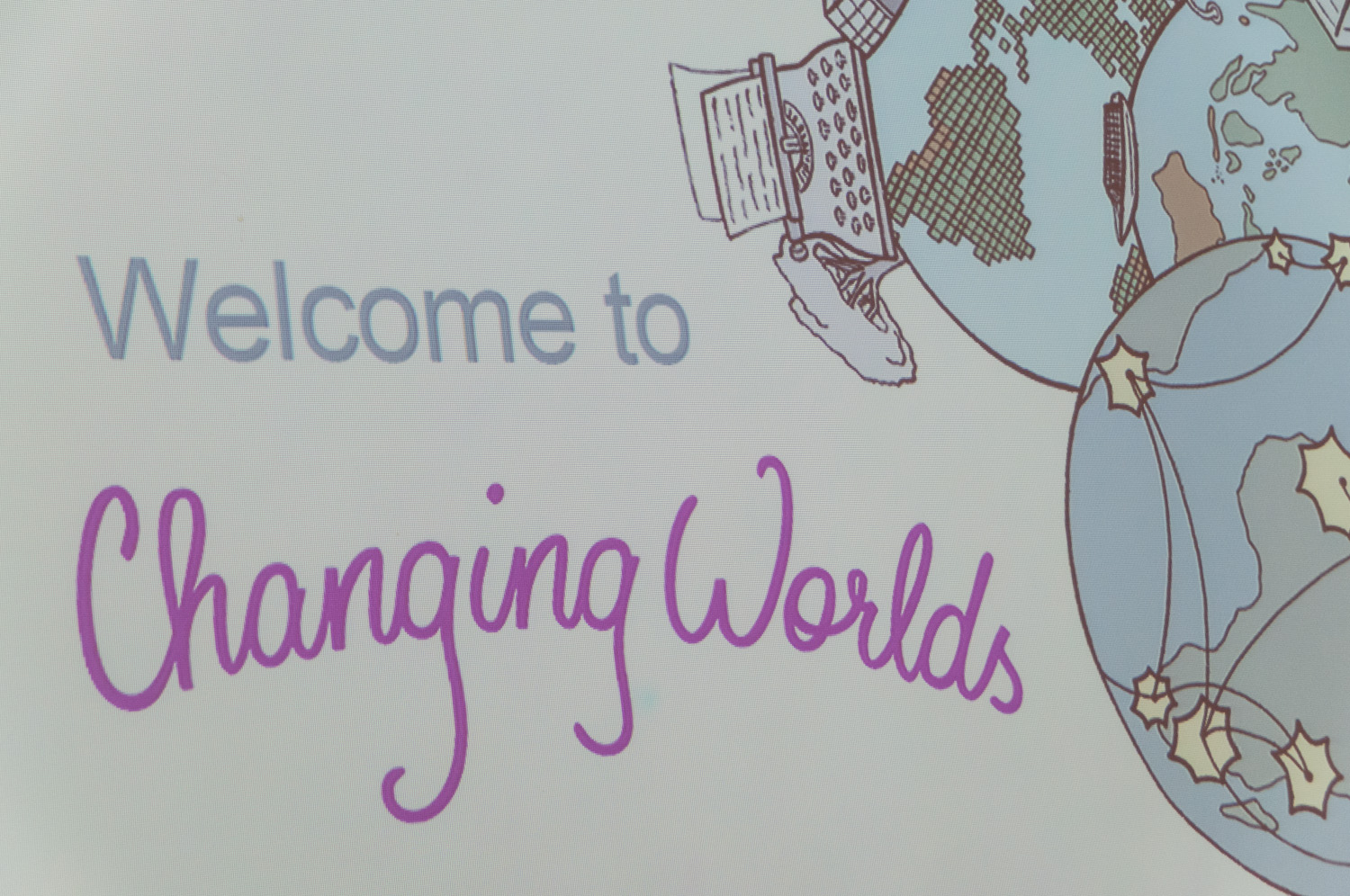 We all wish that some aspects of our lives could be different – aspects stretching from the annoying minutiae of our daily lives to, maybe, a secret yearning for a great revolution. As people invested in science and technology issues, we may wish for the solution to concrete problems like climate change or academic challenges like research funding. Maybe we would like more hours in a day to conduct our research, or more money to get that one project going in the first place. What remains is that we want things – and that some of us are brave enough to try to go after their goals: to seek change. And maybe, as particularly finicky participants in this wishing well, we eventually start to think about the idea of change itself …

At Changing Worlds: Ideologies, Utopias and Ambitions in Science and Technology, which took place in Vienna from 20th-22nd November 2014, the conference participants did just that. Over 70 people from various countries with disciplinary backgrounds ranging from Science and Technology Studies over Anthropology, Communications Studies, Design, Gender Studies, Psychology, Sociology to backgrounds in art and activism came together to engage in lively exchanges and debates on various issues related to assessing, prompting, and facilitating change as well as the relationship of these endeavors to science and technology. 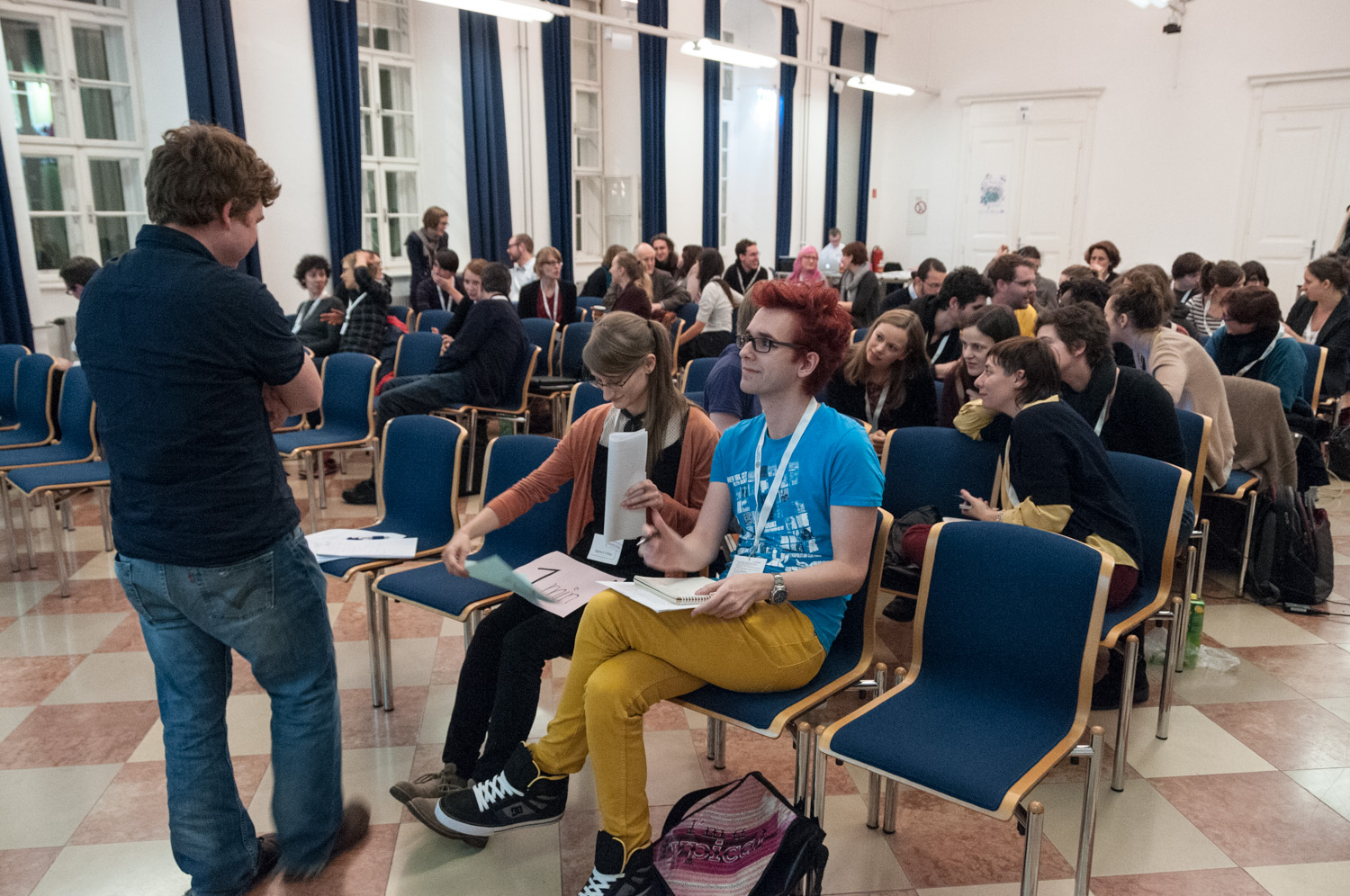 The conference was born out of our (a group of STS Master’s students’) desire for change and new experiences within academia and beyond. We ourselves wanted things: we wanted to be taken seriously as critical thinkers and knowledge producers in our own right and make space for students to be seen as active agents rather than just passive consumers of academic knowledges. Our aim was to challenge the exclusivity that seems to reserve epistemic authority for those who occupy the higher rungs of the academic hierarchy – all in hopes of strengthening our capacity for critical thinking and reflexive engagement with the worlds we are always co-creating and living in. In the course of our conference, we emphasized diverse approaches to understanding and changing science and technology (including not only academic, but also artistic ones) can illuminate and liven up old discussions productively. We stressed social, technological and scientific change as something that may be caused intentionally, that we may observe and analyze, that we may not notice happening at all, and that we are affected by. We illuminated how social developments – including developments within science and technology that are all too often seen as apolitical and neutral – are colored by ideologies and people’s motivations. Without positioning ourselves as “supreme experts” wanted to commit to an academic process that does not stop at describing a problem, but actively suggests alternatives. In short: we wanted to both engage critically with the conditions of and possibilities for change, and play a decisive role in facilitating it. 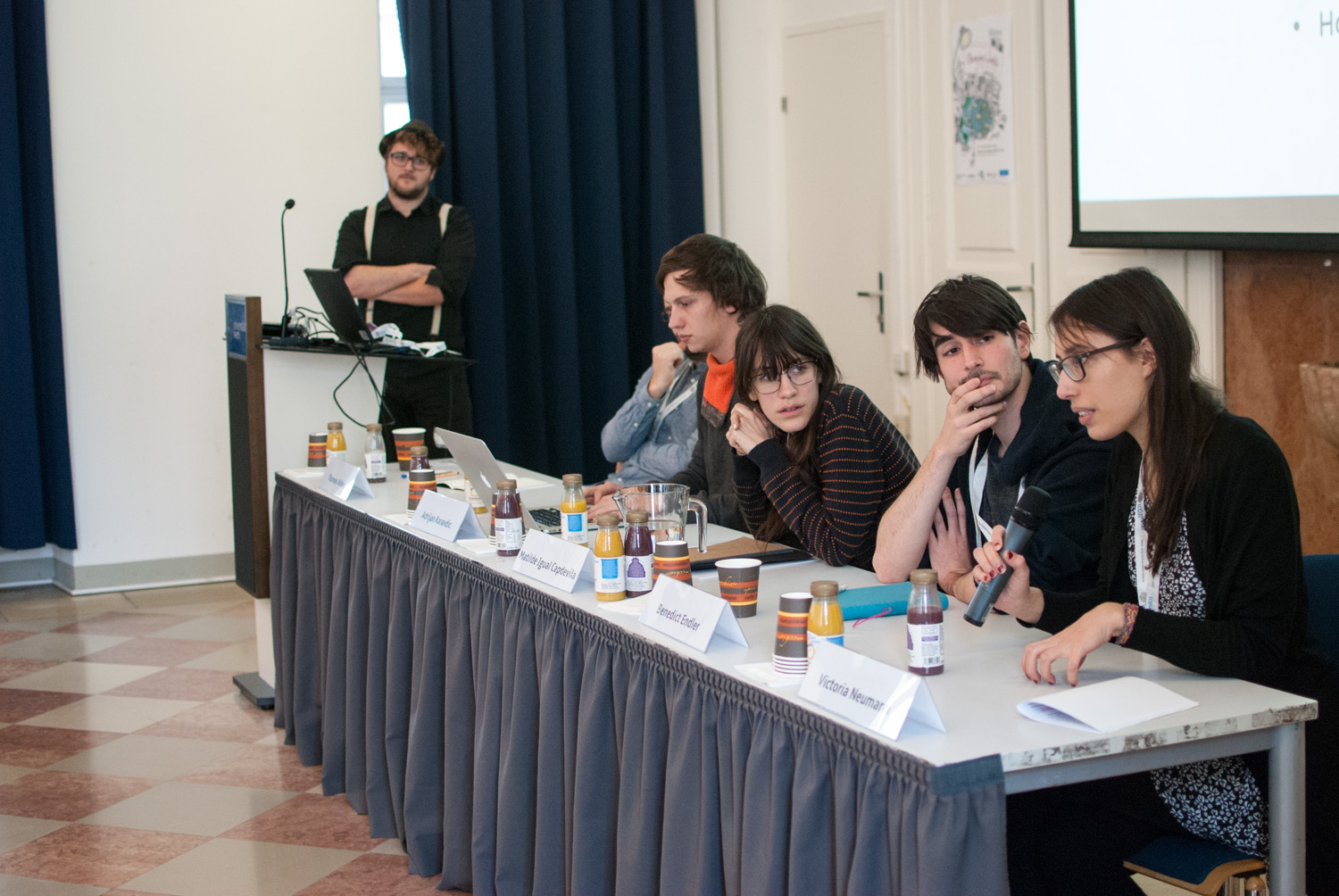 With the gracious support of the lecturers and administrative staff of the STS department, we were able to construct the Changing Worlds conference according to these wishes and convictions. As a result, the majority of participants (including the panelists) were early-career researchers, many of them still working towards their postgraduate qualifications. They offered their thoughts alongside more established academics, including the two keynote speakers, Alan Irwin (Copenhagen Business School) and Els Rommes (Radboud University Nijmegen). Discussed topics included a wide variety of themes and approaches, such as anti-food-waste activism, smart cities, work and production conditions in factories, digital self-tracking, psychoanalysis and climate change, and feminist epistemologies and trans*disciplinarity. 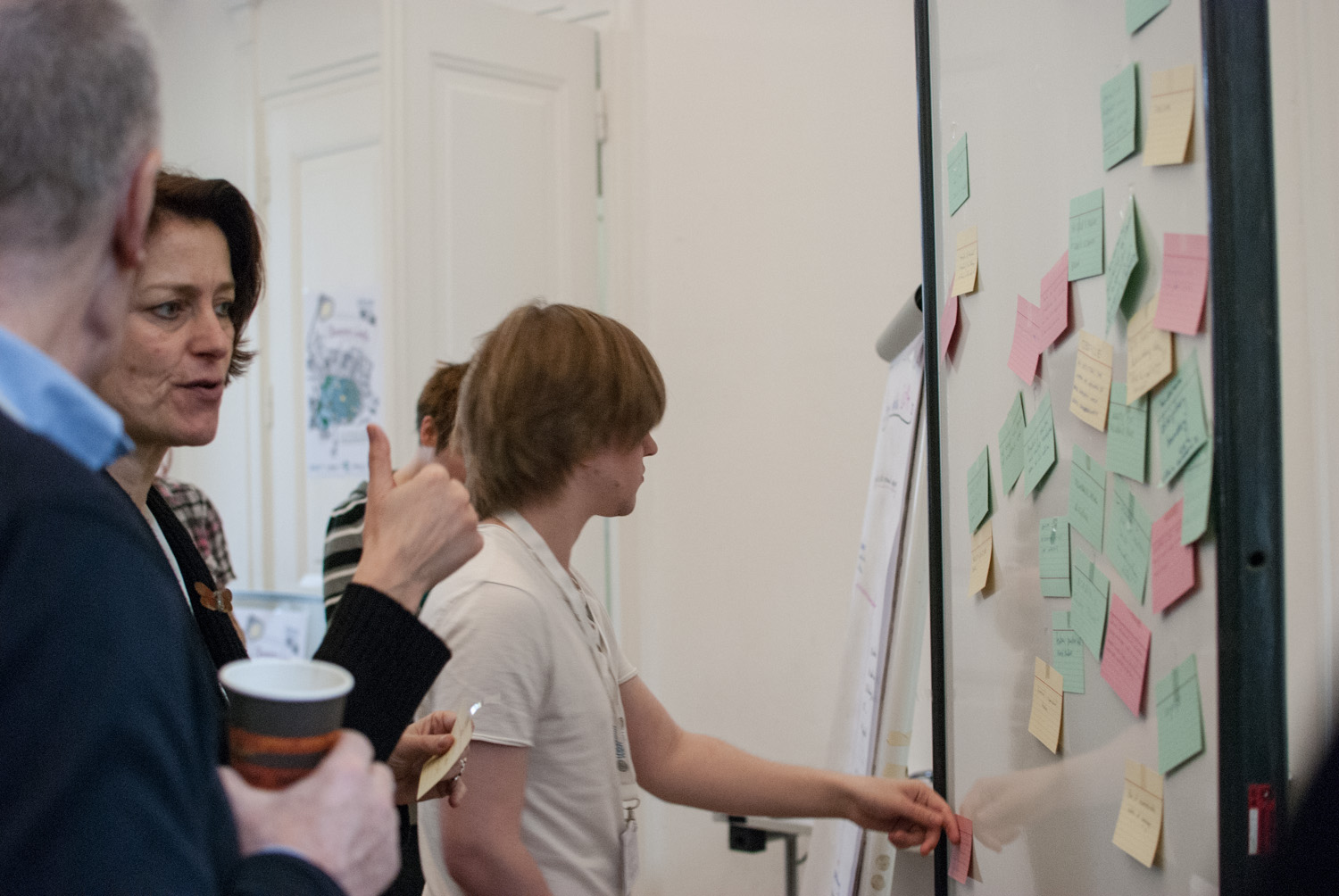 Other contributions highlighted the invaluable insights that can enrich academic knowledges from outside. For instance, Christopher Clay’s discussion of #GamerGate brought to light issues around online activism, argument strategies, and ideological motivations in regards to women in gaming. Showcasing another focus, Tom Bieling spoke about the design and development process of the Lorm Hand, a communication tool benefitting deaf-blind people and enabling them to reach out to others online.

Two groups of artists contributed to a tenor of inclusiveness and critical assessment not only with regards to science and technology issues, but the nature of academic conferences – including Changing Worlds – itself. In their lecture/intervention at the end of the event, the members of Blind Date Collaboration challenged the tradition and usefulness of rigid formats for presenting and receiving academic work, including time-keeping and seating arrangements. 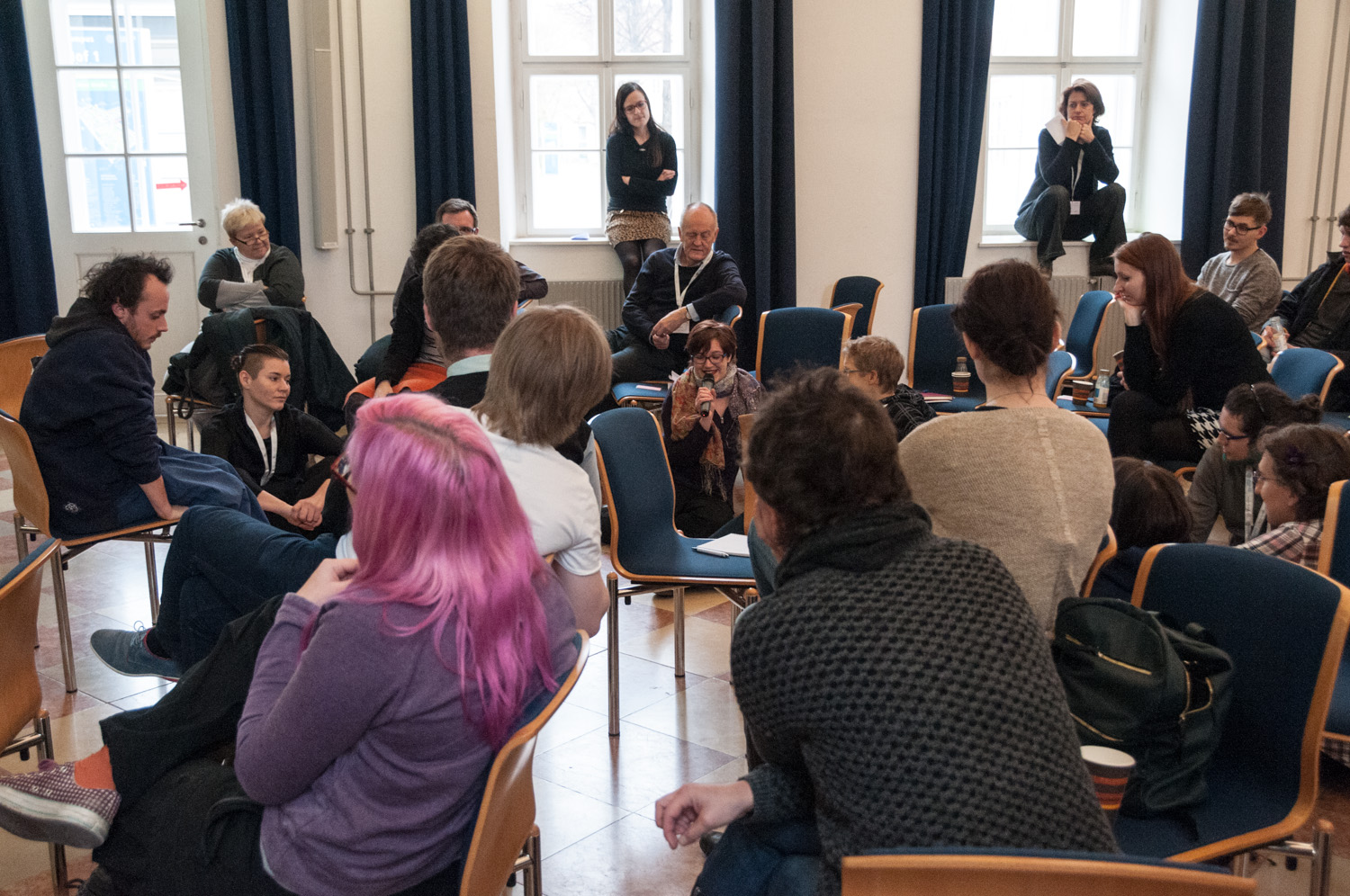 Changing Worlds itself was intended as a forum for elaborating on criticism, ideas, and evaluations of change. Furthermore, it was meant to function as a small, but hopefully incisive instigator of change within academic conventions – in the ways science and technology issues are allowed to be discussed as well as regarding our expectations of who is supposed and permitted to contribute to debates. Beyond that, however, the conference turned out to be a safe space not only for professional, but personal connections to form on the basis of common interests and investments in all kinds of change. We entered the organization process fresh-faced and motivated – and we came out the other side more experienced and with a more nuanced view of the world. We came out changed – and we changed the world. At least a little bit. 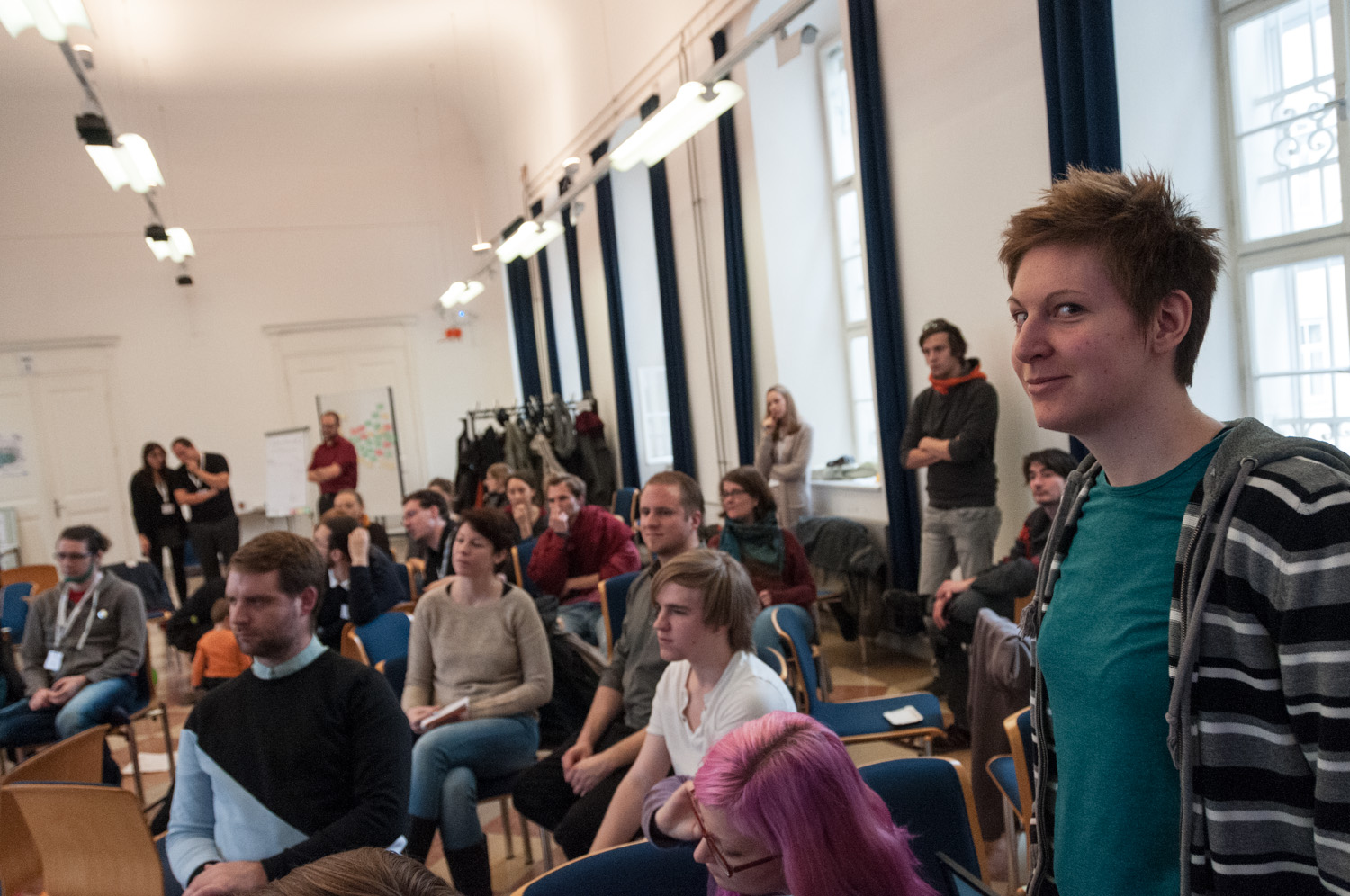 Mercedes Pöll is a social researcher who is currently in the process of finishing their PhD at the University of Leeds (UK) and one of the students who organised Changing Worlds. Predominantly invested in the social sciences, Mercedes’ main interests are in Gender, Sexuality and Queer Studies, particularly issues of boundaries/borderlands in intimate relationships.